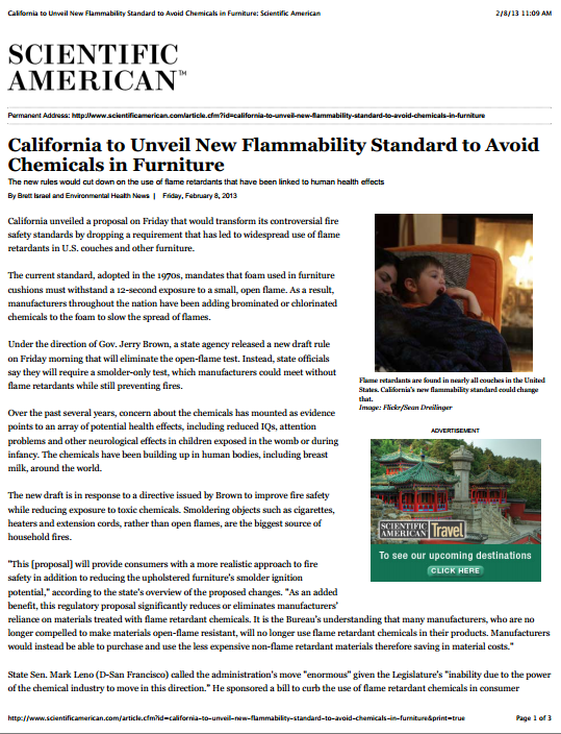 Summary:
California unveiled a proposal on Friday that would transform its controversial fire safety standards by dropping requirement that has led to widespread use of flame retardants in U.S couches and other furniture. Over the past several years, concern about the chemicals has mounted as evidence points to an array of potential health effects, including reduces IQs, attention problems and other neurological effects in children exposed in the womb or during infancy. The chemicals have been building up in human bodies, including breast milk, around the world. The new draft is in response to a directive issued by Brown to improve fire safety while reducing exposure to toxic chemicals. 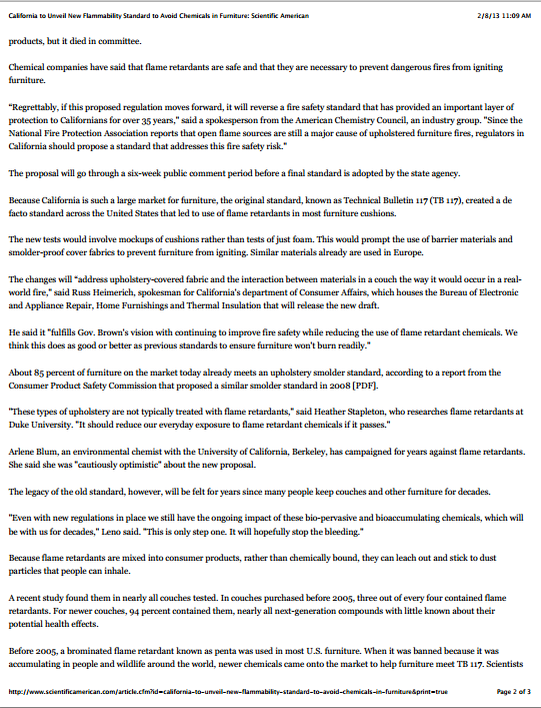 I choice this article because of the title that got my attention. Since today we all know that our furniture that is around us even at home can really be dangerous and aren't safety for the children. Specially that little one's and they mostly chew up materials that is in their hand and didn't know that the material they are chewing can be really dangerous for them cause of the chemical that is made of. Also, I am aware that most of the furniture or materials are flammable.

This article really thought me a lot about chemicals and also not only that it explain me more about the furniture can really be dangerous. I know all the furniture isn't harmful for us adult but its really dangerous for children that is born or only yearly old. The most information that this article gave me is when it talks about having safety draft about furniture. It made me really safe because that I'm not worry about dangerous furniture anymore around places. Also for the children.
Powered by